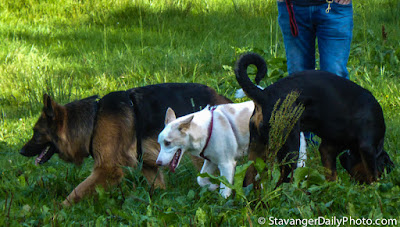 Meeting up with friends on a Friday afternoon....
Enjoy your weekend!
Posted by Gunn at 17:27 5 comments: 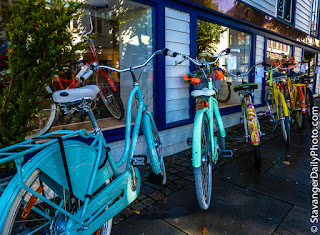 Next time I will go for a COLOURFUL bicycle!
Posted by Gunn at 12:11 8 comments: 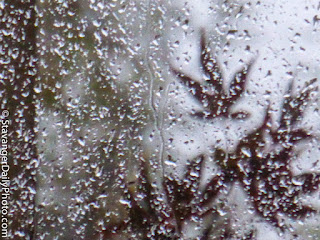 Up on the hill.

People living here on top of the hill, have a fantastic view over the city and the area around, including  the fjords and mountains. Lucky people!
Posted by Gunn at 07:09 5 comments: 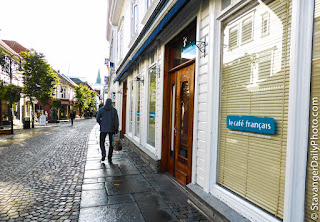 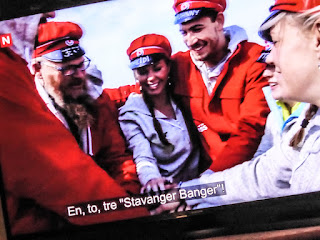 We have a TV program here in Norway, called ALT FOR NORGE (Everything for Norway).
Americans with Norwegian relatives who they don't know, are here participating in a reality program that runs over several weeks and takes them to very different parts of our country.

The winner will get to meet their relatives, the rest have to leave one by one. It is on tonight.
The previous episode was from Stavanger, you can see and read about it on Facebook, look for ALT FOR NORGE. 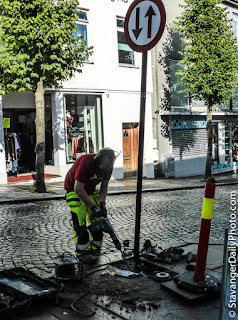 I hope he managed to finish the important (and noisy) work he was doing yesterday.
Becoming very windy today. Autumn is here.
Posted by Gunn at 19:25 5 comments: 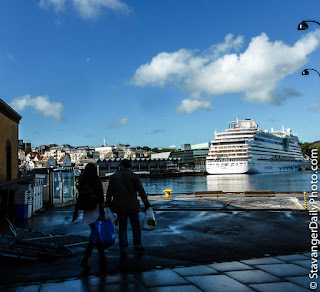 We have had sunshine and rain today.
I guess the season for cruise ships will soon be over.
Today I saw AIDA at the harbour. 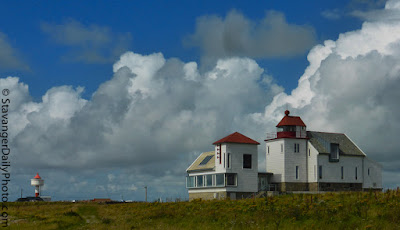 Today it is open every day during the summer season, the rest of the year on Sundays, apart from the month January.

It is a small coffee place and a small museum.
A little harbour is next to the parking area and you can walk next to the north sea and enjoy the nice open landscape.

It is south of Stavanger, and a good choice to visit when you are out at the area Jæren.
Posted by Gunn at 18:34 10 comments: 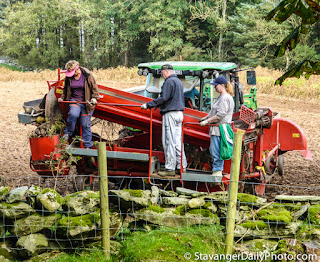 It is potato season, and soon there will even be a potato festival at Bryne, south of Stavanger.
Posted by Gunn at 18:42 3 comments: 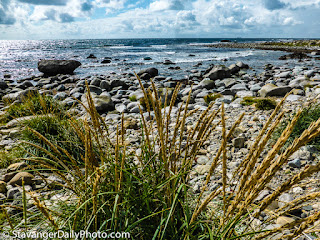 We still have a FANTASTIC summer!!
In the Nordic countries summer is when we have +20C
( other places it will be summer when there are +25C )
For more than a week we have not had a drop of rain, and that together with temperatures much higher than what we are used to makes it worth remembering.
It feels good!
Posted by Gunn at 16:05 6 comments: 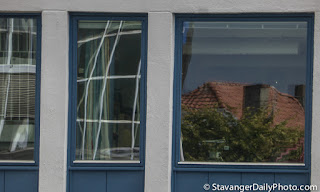 Reflections,
seen in a tall building near the main post office.
Posted by Gunn at 20:18 4 comments: 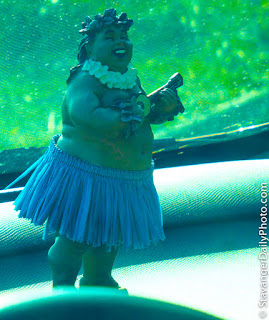 Seen in a car parked next to mine.

It made me smile. 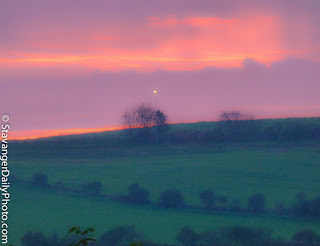 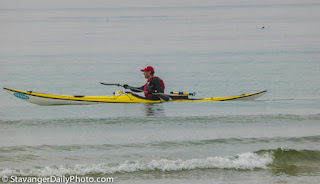 A sporty man seen from the beach at Sola.
Posted by Gunn at 12:13 4 comments: 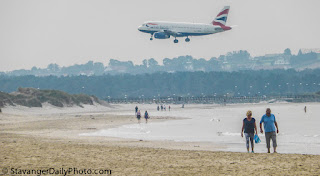 BA 744 from London arriving at Stavanger airport.
Posted by Gunn at 17:02 5 comments: 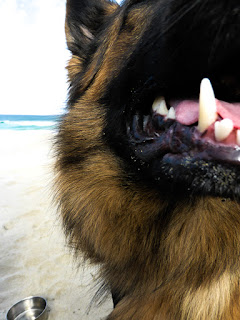 Life on the beach this afternoon.
We are having an "Indian Summer" here today!
A nice surprise for September.

Seen at the University Campus. 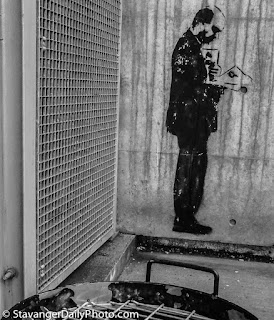 Seen at the University Campus.
Posted by Gunn at 19:42 4 comments: 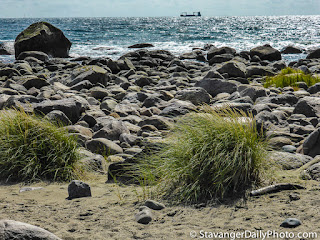 Up in the mountains. 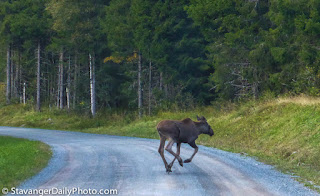 Up in the mountains yesterday.
First came the big moose, closely followed by this "little" one.
There are lots of traffic signs around warning about moose, but it is still rare to see them. 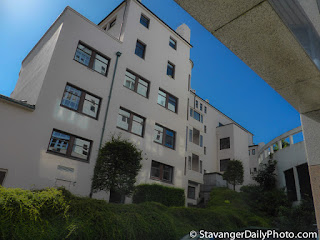 This is an office building today, but it used to be a Catholic Hospital.
Posted by Gunn at 22:57 4 comments: 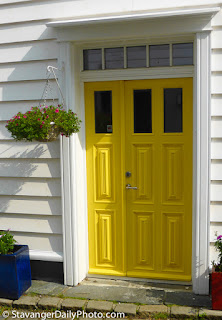 The cemetery / graveyard at Tjensvoll. 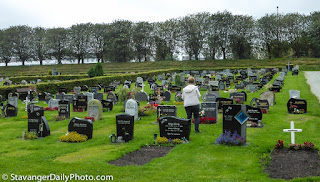 The cemetery / graveyard at Tjensvoll.
Posted by Gunn at 15:58 1 comment:

A view over the fjord. 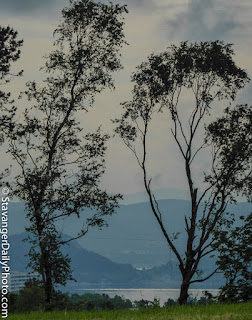 A view from Ullandhaug over to the mountains on the other side of the
Gandsfjord.
Posted by Gunn at 17:24 8 comments:

Yesterday afternoon I got a glimpse of Tour des Fjords.
It is an annual bicycle race between the cities Bergen and Stavanger,
here on the western part of Norway.

What a number of motorbikes, (some with camera people!!), police, ambulances, cars with bicycles on the roofs, helicopter flying low, and all the people watching along the route. It is a huge event that goes over several days. Do take a look at: www.tourdesfjords.no

The weather was perfect!
Alexander Kristoff (from Stavanger) won, as he also did in 2014.

Last year it was Marco Haller (from Austria) who won.

They are both representing Team Kathusha from Russia. 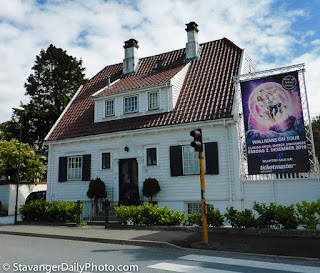 I have been to places where there are so many big signs with advertising.

Anyway, we don't have many around in private gardens here in Stavanger.
I guess they must be paid a fortune those who allow them outside their homes. 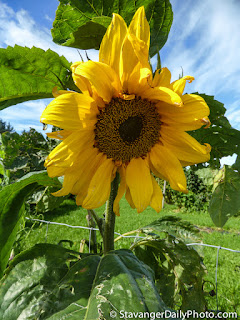 One of many big Sunflowers seen at Ullandhaug. 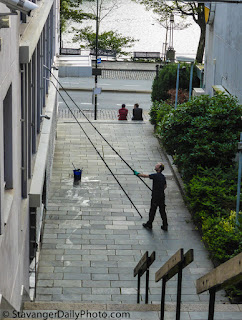 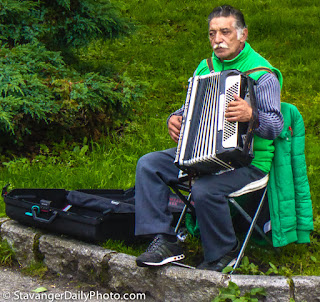 He is playing, no matter what the weather is like.
Outside KILDEN the shopping mall in Hillevåg.
Posted by Gunn at 11:06 8 comments: