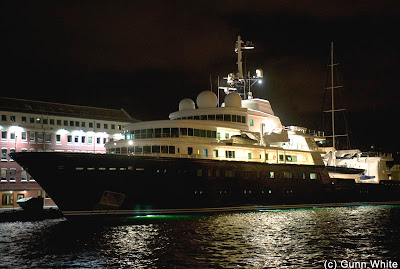 This is the "Le Grand Bleu", built in Germany 10 years ago.
The owner of this 114 meter long luxurious and beautiful yacht, including not one, but two helicopter pads, is the Russian oil businessman Eugene Markovich Shvidler.
My husband and I passed this huge yacht in the harbor last night.
Posted by Gunn at 20:58 6 comments: 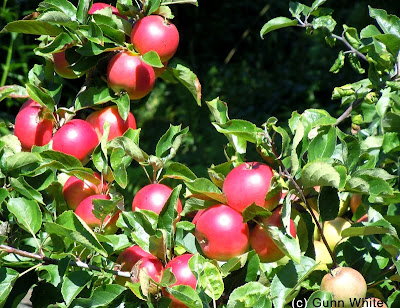 I have had a very nice and lazy Sunday.

I also picked some red currents, and plums.
Some gardens are full of yummies these days.
Posted by Gunn at 21:37 3 comments: 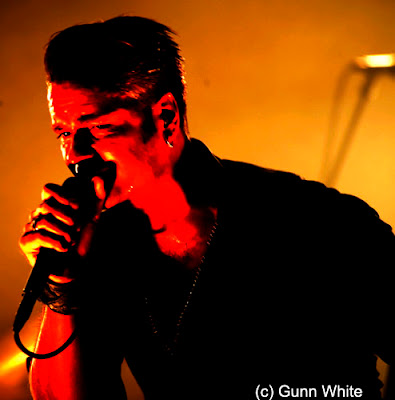 A bit of work on one of the photos from yesterdays concert.

This is the vocalist Janove Ottesen.
Posted by Gunn at 21:33 5 comments: 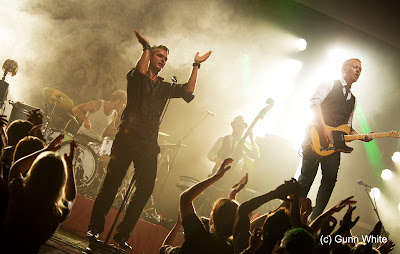 The Norwegian band; "Kaizers Orchestra" gave a fabulous concert at the ONS today.

If you have never heard about them, please google the name, check out "youtube" or at least their homepage: http://www.kaizers.no
Posted by Gunn at 22:03 7 comments: 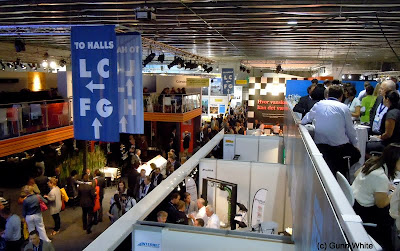 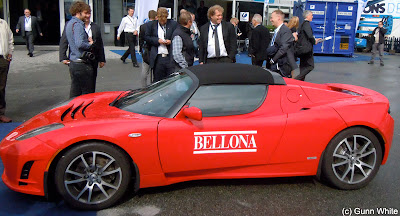 If you are rich and concerned about the environment, this might be the sports car to buy?

Today, it was parked just outside the main entrance to the ONS conference centre.
Anyway, it is a Tesla Roadster bought by bellona.org and Frederic Hauge. (The man with the big smile and curly hair in the middle of the photo.)
The car goes from zero to one hundred in 3,9 seconds, and has a top speed of 210 mph. It runs on electricity, and will make around 360 km before it needs to be charged again....
Posted by Gunn at 18:13 12 comments: 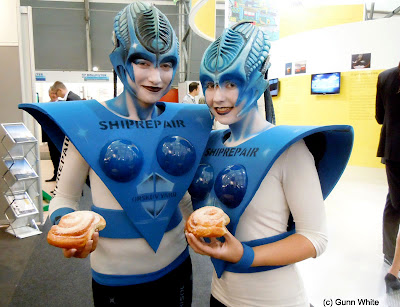 It is one of the world`s leading energy industry expositions.
Nearly 100 countries are represented and more than 40000 visitors will go and take a look.

I saw many formally dressed business people, but also a few who advertised in a more humorous way like this Danish company (Orskov Yard) with these two young German girls.
Posted by Gunn at 21:34 14 comments: 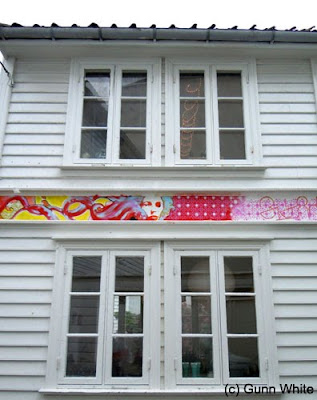 One old little wooden house in the centre of Stavanger, has got some modern decoration.
It is a new hair salon that has moved in.
Posted by Gunn at 21:56 5 comments: 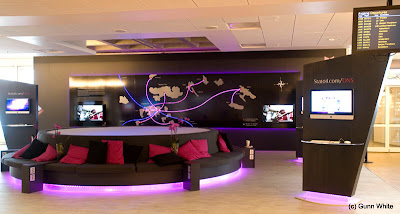 I don`t normally stop to look at a sofa. But this is such a nice and interesting area, that has been created and put up at the airport. It is thanks to STATOIL a big oil and gas company who will be one of the many companies represented at the famous "ONS 2010" , an International conference and exhibition week that starts on Tuesday. There was some pleasant music at low volume, free internet access and info about the company. I just hope that they will keep it, and not just for one week.....
Posted by Gunn at 21:08 10 comments: 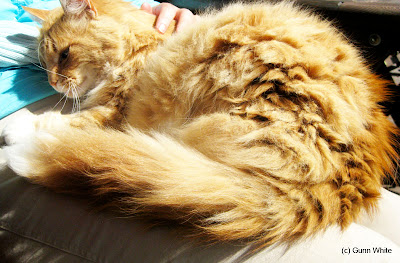 This is ROSSO, a nice big ginger cat, who lives the good life with my friend and her family.

He has even been on summer holiday in the families "Paradise" cottage further south, near Kristiansand.
While on holiday, ROSSO found out that the neighbors cat food tasted better than his.... so having sampled "fine dining", Rosso refused to eat ordinary cat food for quite some time after returning to Stavanger... 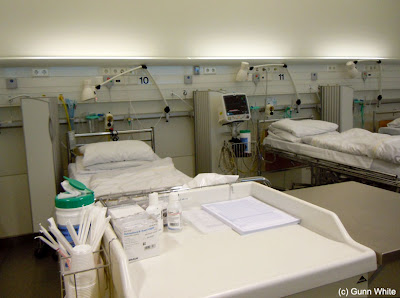 Sometimes life can be quite fragile!
I am pleased that the hospital in Stavanger is a University Hospital with specialists and also a great International team of employees who know what to do when necessary.
This is from the emergency room, the first stop...
Posted by Gunn at 23:29 5 comments: 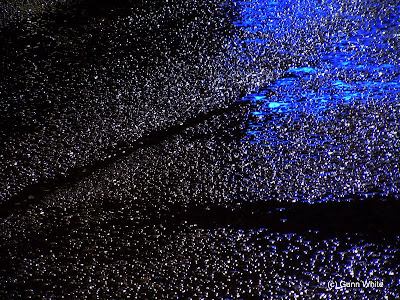 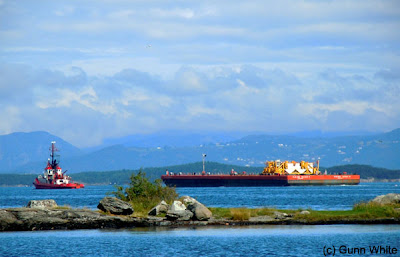 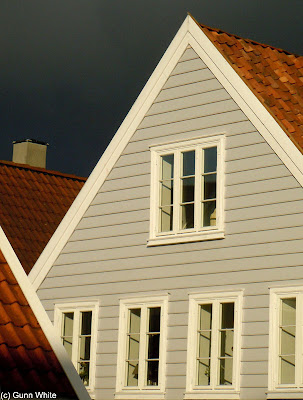 Evening SUN but an ominous sky looming in the background.
Posted by Gunn at 19:55 11 comments:

The sun was shining and lots of people enjoyed these colorful creative flower displays that surprised and brightened up the city centre.
It was the 2nd year that this event has happened and I have to say it looked soooooo beautiful!:)
Elise and Elisabeth in their white T-shirts from "Blomstergården" at Randaberg, were two of the many participants. 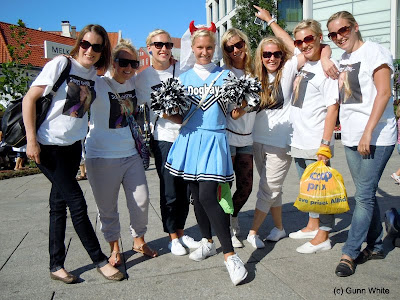 Yesterday, the sky was BLUE and also TONE, the bride to be, was dressed in blue!
Her friends, all wearing T-shirts; saying "Sorry, gutter...." (gutter is boys) and all wearing sunglases, had created a FUN day to remember. They were out singing and dancing!
I had a quick chat and used the opportunity to say "Best Wishes for September 4th."
Posted by Gunn at 10:53 5 comments: 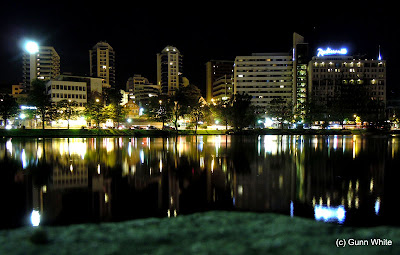 On our way to the "Nightbus" after a very nice friday evening..... 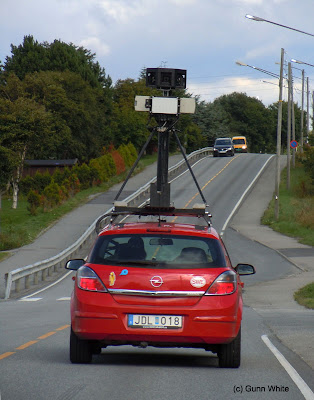 Yesterday I saw the famous GOOGLE CAR in the area.
It is a car with 8 cameras and a laser radar which are all used to create the 3D effects,
for the "Google Street View".
So if you want to take your own virtual tour of Stavanger, check out this link,
http://maps.google.no/maps?hl=no&tab=wl
You have to drag the "yellow man" over on to the map!
Posted by Gunn at 20:32 9 comments: 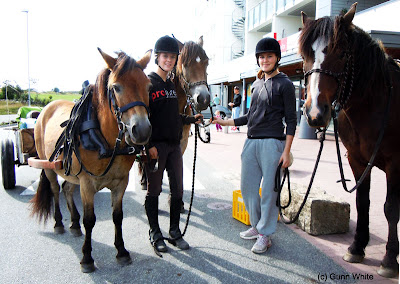 Jane and Kine with 3 of the horses from http://www.dysjalandgard.no - where they are helping out. It is a farm with horse activities, a therapy center both for children and adults with or without disabilities.
I met them outside the shop where my husband and I stopped to buy ice cream.
Finally it was a warmish day for eating ice cream! :)
Posted by Gunn at 22:11 4 comments: 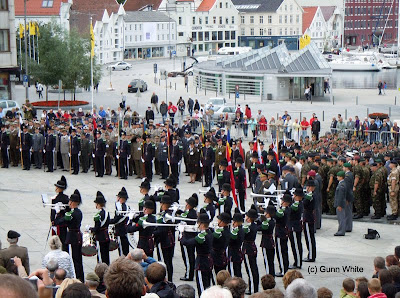 On my way from A to B this afternoon I suddenly heard band music, so I had to take a look and used my little camera for this quick snap-shot.
It was The Royal Guard who was playing. And I have never seen so many military uniforms in Stavanger before. I later found out more about the big event. http://www.cior2010.no/en/index.aspx
600 people,-reserve officers from 30 Nato countries are here for this 5 day conference.
I saw our mayor Mr. Sevland and I guess there were some ceremonies taking place.
Posted by Gunn at 23:32 5 comments: 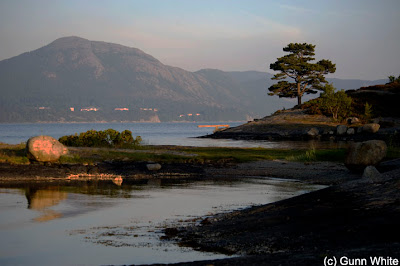 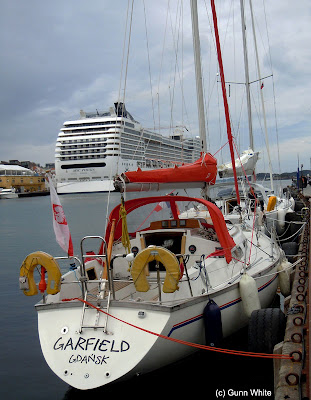 Some tourists arrive in large ships and some in small boats... :)
Posted by Gunn at 22:39 8 comments: 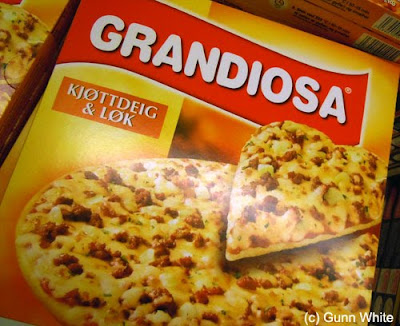 In Norway the population is approximately 4,858,200.....
I did not believe what I read the other day, so I had to rip out the newspaper page saying that we are a nation that buys 48 million frozen pizzas pr.year, and "Grandiosa", shown in this picture, accounts for nearly 50% of these sales.
In a way I can understand students eating frozen pizza (after heating them of course), as a cheap meal solution, but I found it strange that the newspaper article also stated that many people eat frozen pizza on Christmas Eve!
I would have thought that it was a strange festive choice.
What strange eating habits, if any, are there where you are living...?
Posted by Gunn at 21:54 6 comments: 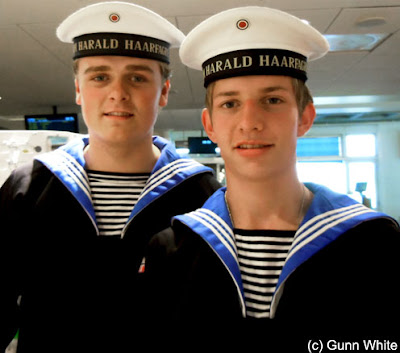 Well these two young men Frederik and Marius have spent nearly two weeks at KNM HH in Stavanger, and they will spend another two months there before they are due to join ships for more training and work! I met them at the airport this evening, just before they entered the plane to go back home to visit family and friends for the weekend.
Have fun and enjoy life in the Navy!
Posted by Gunn at 22:55 8 comments: 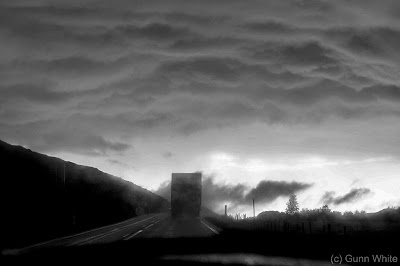 Today I have been out in the countryside. This photo was taken on the way back home around 6 PM. As you can see it was very cloudy with lots of rain, and a little dramatic.
Posted by Gunn at 23:08 6 comments: 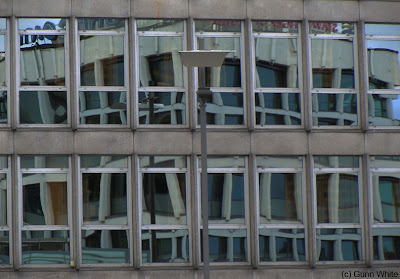 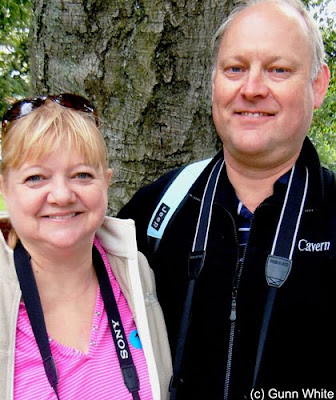 They left Stavanger at 5 pm with the cruise ship "Artemis" to see more of Norway, including several fjords and our second biggest city, Bergen.
JANET from Wales, and TIM from England have been living 40 years in Johannesburg / South Africa..... where they are now having winter with the same temperature that we had today, approx +16C.
Anyway, I met them in the park today where they were photographing the Cathedral. They had also had a nice boat trip to Lysefjord, and they had enjoyed waffles and coffee.
Nice to meet them, and I hope they will have a nice trip on the rest of their two week journey that also includes visiting Ireland and Iceland.
(And if they do meet John, do say "hello" from me...)
Posted by Gunn at 21:47 6 comments:

I passed this window a few days back, which shows the old spelling of "Kolonial" (which in English is a grocery store). I liked the style of the letters together with the reflection...
Posted by Gunn at 20:44 5 comments: 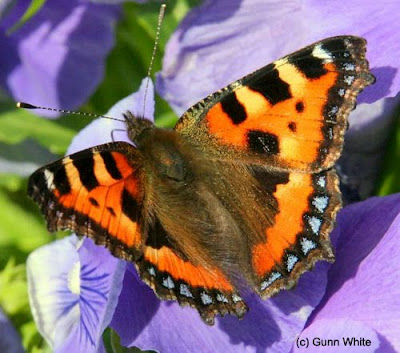 Nature has plenty of bright colors, so I decided to post a photo from a bright day...
Click here to view thumbnails for all participants